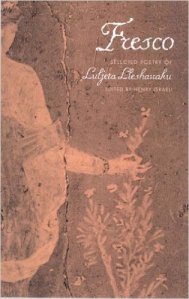 “These impressive poems carry a poignance much like the first buds of spring, a mark of survival and insistent life. In this bewildering human world such articulate determination proves again our common faith. Luljeta Lleshanaku speaks to us one and all.”